I’m sure one of the holiday gifts received by many households this season included the game of Clue.

After more than sixty years, the game continues to be published by Hasbro. If you haven’t played Clue lately, dust off your copy, or invest in a new purchase (now available in several formats) and treat yourself to this great game.

In the attached word search see if you can find the characters, rooms and weapons from the game. 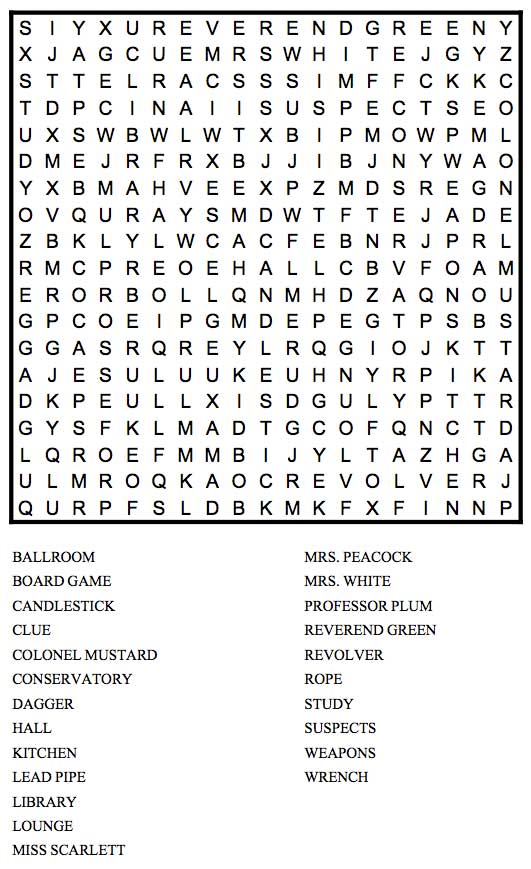 This entry was posted in Word Search Puzzles. Bookmark the permalink.