Agatha Christie for her entire body of work is called the “Queen of Crime.” However, during this same period there were four writers who were designated as the “Queens of Mystery.” The title belongs to Christie and Dorothy Sayers who were discussed in previous blogs, but there are two other women who share this honor. They are Margery Allingham and Ngaio Marsh. This blog is about Ngaio Marsh with Allingham being discussed at a later time.

Edith Ngaio (pronounced Nigh-oh) Marsh was born in April of 1895 and was the only child of her mother, Rose and her bank clerk father, Henry Marsh.  There is some doubt about her actual birth date because her father did not register her birth until 1900. She lived at the same address for 76 years and died in the city of Christchurch, New Zealand in February, 1982.

Marsh wrote 32 mystery novels between 1934 and 1982 featuring her gentleman detective Roderick Alleyn. Although Marsh was a New Zealander, only four of her novels were set in her home country. While known for her Alleyn mystery novels, she also published short stories, numerous plays and three non-fiction books including her autobiography, Black Beech and Honeydew. Over the years March valued and protected her privacy. Thus, many were surprised when she wrote her autobiography which gave readers an insight to not only her writings but her private life.

Marsh was an Avid Researcher

Marsh thoroughly researched her stories and plays. For example, for medical knowledge, she relied on doctors who were family friends and had operated on her. She kept a chart of the command hierarchy for New Scotland Yard. Aside from her own observations, she constantly researched other information for her stories at the library. She kept notebook after notebook of her research work.

Marsh as Artist, Actresses and Writer

March was always interested in the arts. She attended St. Margaret’s College from 1910-14, where she showed a talent for writing poetry, prose and plays as well as acting. In 1913, she attended Canterbury College of Art and when she left in 1919 she had her sights set on becoming a professional painter. However, when she was given the opportunity to tour with a Shakespeare company she delayed her painting plans.

While Marsh was known for her creation of mystery stories, she also maintained a life-long passion for the theater. At home her parents followed strict Victorian standards, but they took their young daughter to many theater performances. Her parents also performed as amateur actors. Marsh felt her mother had a creative side that was never fully realized and her mother even performed in one of her plays. 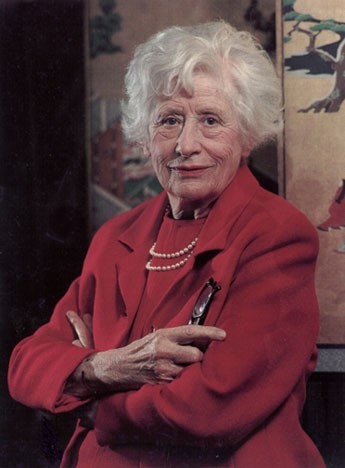 Marsh received several awards including Dame Commander of the Order of the British Empire in 1966 and the Grand Master Award for lifetime achievement as a detective novelist from the Mystery Writers of America in 1978.

In 1928, Marsh made her first trip to England. She enjoyed London life and worked in theatre, interior design and continued to paint. She stayed with her friends Helen and Tahu Rhodes and their five children and the two women remained lifelong friends. She was an avid people watcher and an observer of events. While staying in England, she earned money by sending travel logs back to New Zealand.

While in England in 1931, Marsh purchase some pencils and several notebooks and started writing her first mystery. She would introduce the world to Detective Chief-Inspector  Roderick Alleyn in 1934.

The Golden Age of Mysteries

Ngaio Marsh was the last to join the other ladies as a Queen of Mystery during the Golden Age. At the time Marsh entered the field, the other writers, Christie, Sayers and Allingham were at their prime and perhaps paved the way for Marsh. In 1934 when Marsh published her first book, the others all added to their list of titles.

Christie’s— Murder on the Orient Express

On one of Marsh’s visits to England she was invited to attend a monthly dinner of the Detection Club at Grosvenor House. After dinner, the group retired to a drawing room to watch the induction ceremony for E.C. Bentley. Christie was not at the ceremony, but Marsh meet her later that evening.

Dorothy Sayers was the mistress of ceremonies for this induction. Sayers was an imposing figure who towered over her fellow members. The lights went out, the door opened and Sayers wearing her academic robes, holding a single candle lead the procession into the room. Hidden in her gown was a revolver. In fact, all members had a weapon. The last member of the procession carried a skull named “Eric” on a cushion.

While Marsh followed the principles of the Detection Club, she was unable to officially join the group. The club required that members attend five to six dinners per year and with March splitting her time between New Zealand and England she was unable to meet this requirement.

Marsh was still torn between her desire to develop her skill as a painter. However, her writing career took off with the publication of Enter a Murderer (1935) and The Nursing Home Murder (1936). These two novels established her place as a leading crime writer.

When we meet Roderick Alleyn, in the first book, A Man Lay Dead, he’s 40 years old, but already a Detective Chief-Inspector at Scotland Yard. We learn that Alleyn is a member of the gentry, with an older brother, Sir George, who’s a baronet. He was raised in Buckinghamshire where his mother Lady Alleyn continues to live. He graduated from Oxford, served in army for three years during World War I, spent a year in the foreign service and then joined the police department as a constable.

A Man Lay Dead is the first novel featuring Alleyn and as mentioned above was published in 1934. The plot concerns a murder committed during a weekend party in a country house where the guests were playing a murder game. This was a popular activity at weekend parties and especially with Sir Hubert. 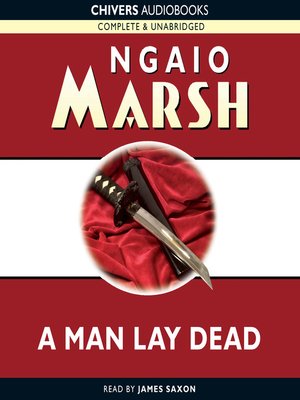 The murder itself concerns a small group of guests staying at Sir Hubert Handesley’s estate. The guests include Sir Hubert’s niece (Angela North), Charles Rankin (a man about town), Nigel Bathgate (Charles’s cousin and a gossip reporter), Rosamund Grant, and Mr. and Mrs. Arthur Wilde. Also in attendance are an art expert and a Russian butler.

During the game, one of the guests is secretly selected to be the murderer. The murderer gets to select the victim. At some point, the murderer taps the selected guest on the shoulder, indicating that they are the victim.  Once the victim is selected, the lights go out, a gong rings, and then everyone assembles to determine who did it. It is all intended to be light-hearted fun. Except at this party, the corpse is for real.

Unlike later novels, this first novel is focused more on Nigel Bathgate and less on Alleyn. However, Alleyn is tasked with uncovering the culprit even though all seven suspects have alibis. He brings it to a successful conclusion while being distracted by sub-plots focused on the Russians and secret societies.

The Marsh Contribution to Mysteries

Marsh is sometimes hidden behind the works of Christie and Sayers, but stands just as tall in following the principles that make a good mystery. There’s a murder, with a substantial list of suspects and many clues. There are sub-plots and of course, red herrings. Then enters Detective Chief-Inspector Alleyn who interviews the suspects and follows the clues until a solution begins to emerge. And if the reader is paying close attention they have an equal opportunity, along with Alleyn, to solve the crime. Ngaio Marsh provides the reader with a good mystery.

One last thought. Now that Hercule Poirot has finished all of his stories on PBS, how about a series featuring Detective Chief-Inspector Roderick Alleyn. There are thirty-two stories just waiting for the opportunity. I do love watching a good mystery on PBS, don’t you?

This entry was posted in Blogs, Mystery Authors, Mystery Detectives. Bookmark the permalink.