Margery Allingham is the last member of the Queens of Crime from the Golden Age of Mysteries.

The Queens of Mystery

Agatha Christie was best known for her plots and gathering the suspects together to reveal the murderer. Dorothy Sayers emphasized the intellect of Lord Peter sometimes to the point of overthinking the circumstances. Ngaio Marsh developed the skills of her detective Alleyn, while infusing the stories with her personal knowledge of art and theater. Our last Queen, Margery Allingham, is harder to define, especially since her detective, Albert Campion, in many ways is also a mystery.

Margery Allingham was born in London in 1904 to parents Herbert and Emily Jane who were both writers. Herbert was editor of the Christian Globe and The New London Journal before becoming a successful pulp fiction writer. Emily Jane was a contributor of stories to women’s magazines.

The family moved from London to Essex in a village near Colchester. Margery attended a local school and began writing stories and plays.

Margery returned to London in 1920 to study drama and speech training at Regent Street Polytechnic. These studies helped her cure a stammer which she had endured since childhood. It was also during this time that she met her future husband, Philip Youngman Carter. In 1927, she married Carter, who collaborated with her and designed the jackets for many of her books.

They purchased a country house in Colchester on the edge of the Essex Marshes.  Allingham preferred the image of the country wife as opposed to that of a gifted writer and often down played her writing talents.

Allingham stayed in Colchester while Carter kept a house in London where he was gone for extended periods of time and had many extramarital affairs.

Allingham, while enjoying her county life also suffered from bouts of depression. She sought treatment including electroshock therapy. Her depression and treatments account for the long gaps in her writings, especially in her later years.

Allingham in addition to her depression was diagnosed with breast cancer and died in Colchester, England, on June 30, 1966, at the age of 62. She requested that her final Campion novel, Cargo of Eagles, be completed by her husband and it was published in 1968.

Carter along with Mike Ripley continued to issue additional releases of her work, both with and without Albert Campion. The Margery Allingham Omnibus, comprising Sweet Danger, The Case of the Late Pig and The Tiger in the Smoke, with a critical introduction by Jane Stevenson, was published in 2006. 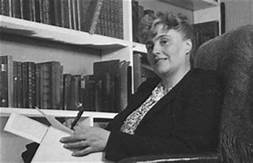 At the age of eight, Margery earned her first money as a writer when one of her stories was printed in her aunt’s magazine. Margery contributed articles and Sexton Blake stories to her father’s papers.

Her first novel, Blackkerchief Dick, was published in 1923 when she was 19. Blackkerchief Dick was well received, but was not a financial success. She wrote several plays in this period, and attempted to write a serious novel. Fortunately for us, she decided that writing mysteries was her true calling.

Her breakthrough mystery novel was in 1929 with the publication of The Crime at Black Dudley. This book introduced Albert Campion to her readers, although originally, he was only a minor character. He is described by George Abbershaw, who was the main character in this first book, as a “fresh-faced young man with the tow-colored hair and the foolish, pale-blue eyes behind tortoiseshell-rimmed spectacles….” 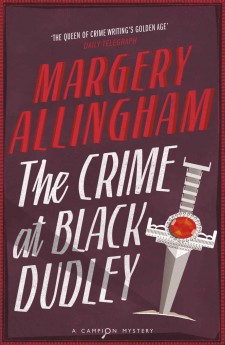 At first, she continued writing short stories and pieces for magazines such as The Strand Magazine, but her Campion following was growing. Campion returned in Mystery Mile as the lead character. This was in part based on the pressure from her American publishers, but also Allingham found that she liked the character she had created.  With three novels complete and now with a strong central character, Allingham made Campion the centerpiece of another 17 novels and over 20 short stories, until her death.

Allingham’s Albert Campion is a Man of Mystery

Albert Campion is a pseudonym for a gentleman from a prominent British family. In The Fashion in Shrouds he verifies that his real name is Rudolph but he changed it to Albert simply because he liked this name better.

In the early books there are subtle hints that Campion is part of the Royal family and in the succession line to the throne. In later books, the royal connection is not mentioned. However, he has an older brother, Herbert, who is a viscount. Later, we learn from an uncle that Herbert has died and having never married the title now belongs to Campion, although he doesn’t use it

Campion was born in 1900, is well educated at top schools and by his twenties is pursuing a life as an adventurer and detective. He is able to operate in the upper class of society, interface with government officials and mingle with the criminal class all with ease. He is often assisted by his manservant Lugg, who was a former burglar.

Campion had a friendly demeanor and often sported a blank expression which could fool those around him into believing he was no threat. However, when needed, Campion rose to the task at hand and either worked behind the scenes or as the main force fighting evil and solving crimes.

Many comparisons have been made between Albert Campion and Dorothy Sayers’s, Peter Wimsey. Both are from titled families. Both have sufficient wealth that allows them to concentrate on solving cases and not worry about earning an income.

Wimsey has Mervyn Bunter and Campion has Magersfontein Lugg as their manservants and able assistants when working a case. Both spent their wars years overseas involved in never discussed secret missions for the government. Wimsey marries Harriet Vane. Campion marries Amanda Fitton, an aircraft engineer and pilot, who he first meets in Sweet Danger.  In later stories both wives have equal status with their husbands in solving cases. Wimsey has a family and Campion has his son, Rupert.

Was Campion created in honor of Lord Peter Wimsey, as a parody of Wimsey, or a starting point for Allingham to develop her own distinctive detective? Sayers and Allingham lived only a few miles from each other, but other than their professional association in The Detection Club there seemed to be little contact. Although Sayers wrote a good review of Allingham in a Sunday column stating that only a very good writer would have the versatility to create her variety of detective stories.

Allingham’s counterparts locked their detectives like Wimsey, Poirot and Alleyn into a particular format. However, Allingham was much more willing to experiment with Campion and not confine him only to a traditional mystery format.

Her early mysteries like The Black Dudley Murder, Mystery Mile, and The Gyrth Chalice Mystery are more traditional and might be classified as “village mysteries.”

In The Case of the Late Pig Campion tells the story in first person as an autobiographical account of events. In The Tiger in the Smoke, the book is written as a thriller with Campion playing a lesser role to the psychopathic killer Jack Havoc.

Unlike other detectives, Campion is sometimes in the wings watching the action and not the lead character on stage.  Agatha Christie once said that Allingham’s work was “distinctive” and did not rely on plot twists for impact.

In the Campion books our detective ages along with his police associates like Stanislaus Oates, Charles Luke and L.C. Cockran (Elsie). With this aging there is a little less of the young, well-to-do adventurer that tended to stumble into a problem that needed to solved.  Instead there is a maturity which allows Campion to grow beyond George Abbershaw’s original comment of him being a “silly ass” and he becomes a well-rounded character involved in serious solutions to crime.

Campion may not be the deep-thinking detective of a Hercule Poirot with his little gray cells−or have the British government and aristocratic in-roads of Wimsey−or have Alleyn’s police knowledge and access. On the other hand, Campion is more willing to venture into a difficult situation and participate where the other detectives might not go. Campion is also not afraid to admit that he can be frightened and sometimes struggles to remain in control of a situation.

Even after all these years, Campion has his devoted followers and so he should. Allingham has provided a series of interesting mysteries, adventures and thrillers with her unique detective−Albert Campion.