In December 2017, we lost a fine writer and a giant in the mystery genre with the passing of Sue Grafton.

Grafton was best known as the creator of the Alphabet Mystery series featuring private investigator Kinsey Millhone. She hoped to complete the series from letters A to Z, but her series has ended with Y is for Yesterday.

Sue Grafton was born in Louisville, Kentucky, to C.W. Grafton (1909-1982) and Vivian Harnsberger. (1908-1960) Her father was a municipal bond lawyer and her mother was a former high school chemistry teacher. After her father’s return from World War II when Grafton was five, her home life changed dramatically. Both parents became alcoholics and Grafton said “From the age of five onward, I was left to raise myself.”

Grafton and her older sister Ann grew up in Louisville, Kentucky and attended Atherton High School. She graduated from the University of Louisville in 1961 with a bachelor’s degree in English literature and minors in humanities and fine arts. Although we know Grafton as a writer she had several non-writing jobs, including working as a hospital admissions clerk, a cashier, and a medical secretary.

Grafton’s mother killed herself in 1960 after an operation to remove esophageal cancer brought on by years of drinking and smoking. Her father died in 1982, a few months before A is for Alibi was published. 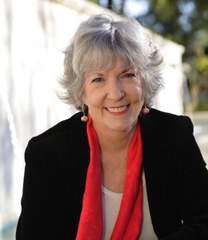 Grafton was inspired by her father who wrote detective fiction at night. He taught Grafton about writing and the editing process and groomed her to be a writer. Based on his teachings, Grafton began writing when she was 18 and finished her first novel four years later. When she started writing crime novels she said the strongest influence on her writing was author Ross Macdonald.

Grafton spent 15 years in Hollywood writing screen plays for television movies, including Sex and the Single Parent, Mark, I Love You, and Nurse. Her screenplay for Walking Through the Fire earned a Christopher Award in 1979. She also adapted the Agatha Christie novels A Caribbean Mystery and Sparkling Cyanide for television and co-wrote A Killer in the Family and Love on the Run.

She became disillusioned with the movie business when her words were changed, as she said, “by twenty-five-year-old executives.” However, her Hollywood years taught her basic story structure, creating dialogue, writing action sequences and getting in and out of scenes. Judy Kaye, who is the voice of Kinsey on the audio versions, states that Grafton’s books were written like a screenplay. This made them a joy for the actor to record.

When Grafton wrote her mystery series, she had to learn about California law and both police and private investigator procedures.

She then created Kinsey who she always treated like a real person. She once commented that when the work was going well, it was like taking dictation from Kinsey. When it wasn’t going well she struggled like every other writer.

She kept elaborate charts of her characters and plots, because she didn’t want to repeat herself and bore her readers. She kept a journal for each book. These were more like a long letter to herself about what she had written.

Grafton used color index cards−one for dialogue, one for action, one for characters, etc. Kinsey also used index cards to keep track of her cases until she had time to type her notes for her final case report.

Grafton believed when writing a book, the reader and the writer are pitted against each other. If the reader figures out on page five who did it−the reader isn’t happy with the author. If the reader gets to the end and they “don’t get it” −meaning the ending doesn’t make sense, the reader is angry. The author has only one in three chances to get it right.

She also believed a mystery concerns three parts−what really happens, what appears to have happened and how the detective figures it out. This is the journey that the reader shares with the detective.

The writer needs to craft the story in a way that allows the reader to experience emotions−laughter, fear, crying, anger, etc. It’s these experiences that engage the reader in the story.

The Beginnings of the Alphabet Series

In an interview, Grafton said that when she decided to write her crime novels she wanted the books linked. She was familiar with the book The Gashlycrumb Tinies by Edward Gorey. In this book of drawings, Gorey has little rhymes that accompany each of the pictures: A is for Amy who fell down the stairs, B is for Basil who was eaten by a bear, etc. This gave Grafton the idea for linking her books to the alphabet.

Grafton also created some unique murders and interesting traps where Kinsey must use all of her detecting skills. Grafton dealt with a divorce and a custody battle that lasted six years. She imagined ways to kill or maim her ex-husband and these fantasies were often incorporated into her stories.

Kinsey Millhone was born May 5, 1950, in Santa Teresa, California. The fictional town of Santa Teresa was based on Grafton’s hometown of Santa Barbara. The first book takes place in 1982 making Kinsey thirty-two when we first meet her.

Her mother, Rita was part of a wealthy family from Lompoc. When she married postal worker, Randall Millhone, her family disowned her.

Kinsey was five when her parents were killed in a car accident. She was raised by her mother’s sister, Aunt Gin. While Aunt Gin wasn’t overtly loving she did teach Kinsey to be independent and self-sufficient. These are major characteristics that govern her adult life.

Kinsey wasn’t an outstanding student, but after graduation, she becomes a police officer. Her independent streak made it difficult for her to fit in with all the rules and policies. She also felt women were treated as underdogs within the Santa Teresa Police Department.

Kinsey leaves the police department and earns her private investigator license. She starts her new career with office space in the California Fidelity Insurance building. In addition to her clients, she handles insurance investigations for them.

When not on a case, Kinsey lives in a studio apartment over the garage of her loveable landlord, Henry Pitts. Henry creates crossword puzzles and in his previous life was a baker. Kinsey finds comfort in the smells that greet her from Henry’s home.

Kinsey does not cook. Top of her favorite food list is a Quarter-Pounder with cheese and peanut butter and pickle sandwiches. When she ventures out for a meal she usually stops by Rosie’s Tavern. Rosie is Henry’s sister-in-law having married his brother William. Kinsey indulges Rosie’s cheap white wine that accompanies her rather unique Hungarian dishes. While Kinsey’s eating habits are not the best, she is physically fit due to her habit of jogging three-miles.

Kinsey was married and divorced twice. Her first husband, Mickey, an ex-cop appears in O is for Outlaw. Her second husband, Daniel, is a struggling musician. He left Kinsey unexpectedly, but reappears in E is for Evidence. He asks Kinsey to keep his guitar safe and this innocent request opens a host of problems for Kinsey.

Kinsey may not be currently married but she’s had several relationships throughout the series. Her main relationships included Jonah Robb, a police officer, Robert Dietz, another private eye and longtime friend Cheney Phillips, a police detective. Kinsey is a loner. Her love interests are not long-term although they sometimes reappear. Kinsey remains friends with Cheney even after their split and Jonah drops in and out of her life based on his on again-off -again marriage.

After her Aunt Gin dies, Kinsey assumed all family relationships died with her. Kinsey is shocked when she finds she has family in J is for Judgment. When she meets cousins Tasha and Lisa, she realizes the three look alike. Kinsey and Tasha form a business relationship in M Is for Malice. However, she remains reluctant to become fully involved with her new-found family. She felt they abandoned her when she was orphaned. In U is for Undertow Kinsey discovered her grandmother made efforts to raise her, but Aunt Gin concealed this fact. Kinsey finally agrees to meet Gran at a family event where her grandmother, now very frail, mistakes Kinsey for her mother.

Kinsey is as tough as any of her male counterparts in the field of private eyes. She has a soft spot for Henry, but she has vulnerabilities including her relationships with men.  Kinsey accepts all types of jobs from missing persons, murder, robbery, arson and cold cases. Her routine insurance assignments often turn out to be more complicated. In H is for Homicide she even goes undercover and puts her life in danger to reveal an insurance fraud gang. She has escaped her own murder on more than one occasion.

She is a survivor. At the end of the day she is a good investigator who solves her cases.  She has become one of the best-known female private eyes in the entire mystery genre.

While the books focus on Kinsey’s main case, Grafton often has a subplot running simultaneously. And she has a wonderful way of weaving in other elements that are part of Kinsey’s life—her current love interest, her personal tastes, family matters and memorable characters like Henry.

The End of Grafton’s Series

The readers will never know what Grafton had in mind for her final book which was named Z is for Zero. Instead, it is now up to each of us to create a final adventure for Kinsey.

Perhaps this is the best way to end the popular series with Y is for Yesterday. We are left with all the wonderful yesterdays and twenty-five Kinsey Millhone adventures that have kept us entertained for so many years. And finally, a huge thank you to Sue Grafton for creating a detective named Kinsey Millhone.

This entry was posted in Blogs, Mystery Authors, Mystery Detectives. Bookmark the permalink.